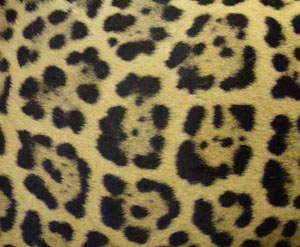 It was an honor to see Macho B in the flesh. To touch his warm amber fur, trace fingertips across black markings I’d seen only in photographs. To feel him breathing—chest lifting gently beneath my hand—and hear his steady heartbeat through the length of my stethoscope. What an unlikely surprise, a rare gift, to be working at the zoo the day Macho B arrived, a jaguar known across oceans and held nearly sacred among conservationists in the American Southwest. A jaguar whose story I had followed for over a decade.

But our time was short and sad. His aged kidneys appeared to be failing and, for our veterinary team, the streaming minutes were spent in motion. The doctors did an extensive physical examination. We set monitors, added fluids, drew blood, took radiographs. And vitals—always the vitals—I constantly rechecked them in succession. Heart rate. Respiration. Pulse Ox. Temperature. EKG. Our well-trained movements juxtaposed Macho B’s stillness. Macho B knew nothing of us and our human compassion; through it all he remained sedated, his eyes lost in the unconscious gaze of sleepers.

It was a heartrending moment when the truth became clear: despite our urgent care and silent hope, there was no way to heal his ailments, no way to reverse the clock. He was estimated to be sixteen years old and, of late, had endured tremendous stress. Beyond the diagnosed renal failure he had other issues, too. Freedom from pain and stress was the most humane offering. When the time came, I looked around the room. Faces were drawn with gloom, eyes tipping with tears. My own heart heaved with an unspeakable sorrow as I felt that beloved feline slip from this world.

In the forest, the death of a wild jaguar would be news to none but vultures and insects. Macho B was a wild jaguar. Yet his death reached round the globe like wildfire sparking across AP, phone lines and emails. He garnered international coverage. Why? you may ask.  It’s an interesting chronicle to be sure.

Jaguars once inhabited the southwestern United States as far north as the Grand Canyon. By the 1950s only a few remained. The last female jaguar was shot and killed in Arizona in 1963. Although listed as an Endangered Species in 1972, jaguars were believed to be extirpated in our country. That is, until 1996. Six months apart, two separate hunters treed and photographed adult male jaguars in southeast Arizona and Panthera onca was resurrected as a United States species. In the following years, protections were put in place, habitats held open and camera traps set to research the large cats’ territories. As more motion-triggered cameras were added, more jaguar images were captured. 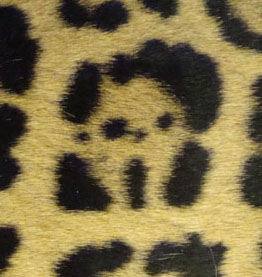 And the most commonly seen was Macho B, readily identified by a mark on his left flank that looked rather like… well, Betty Boop. Here’s a 2007 Smithsonian article about Macho B, the conservation program and the history of jaguars in the United States: http://www.smithsonianmag.com/science-nature/prowl-200711.html

Then few weeks ago Macho B was caught in a trap and biologists took the opportunity to fit him with a GPS collar before releasing him. That collar later showed him to be moving poorly, so he was recaptured and helicoptered up to the Phoenix Zoo animal hospital for care. An article in National Geographic describes some of the complicated circumstances surrounding his death: http://news.nationalgeographic.com/news/2009/03/090303-jaguar-update.html

Macho B was an icon, respected and adored. On a personal level, I will always cherish the miracle of our acquaintance. But his legacy was more than the connection we made with him as an individual. He reclaimed a piece of American soil—a powerful reminder that jaguars belong to this land. He rallied us to preserve vital natural space between Mexico and the U.S.—that he survived sixteen years in the wild shows land conservation efforts work. Fate may have placed me at the zoo that day but I don’t want to be one of the last Americans to see a native jaguar. We must continue to protect the habitat, in hopes another young male overtakes the territory, perhaps adds a family. Just imagine tiny jaguar cubs romping along paths that Macho B once roamed. A generation passes, inviting new life.

Living his birthright as a wild predator—observed without contact—Macho B left an indelible mark. He served as an ambassador, a unique link to the raw beauty of the natural world.

May man honor his life and God rest his soul.

(This blog was posted with permission from the Phoenix Zoo.)

This entry was posted in Desert Dwelling, Earth’s Amazing Creatures. Bookmark the permalink.