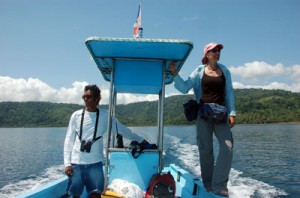 Forgive the hiccup in time… so much has transpired since my last posting. Jorge and I completed our marine sighting survey and celebrated the success of our work. Yipy!!! My return to the United States was quickly followed by several speaking engagements and then a flight to Zihuatanejo, Mexico with Kevin for the beach wedding of our friends Grinnell and Julie—which was, by the way, dreamy! But I’m getting ahead of myself.

Let’s skip back to the Osa Peninsula and the wonders of our Golfo Dulce project. When I last left you, Jorge and I were motoring across the gorgeous South Pacific waters of Costa Rica looking for marine life. You saw some of my early photos but so many more creatures of size, beauty and intrigue marked our study. Including, yes…

Humpback whales! This is a mother and newborn calf sliding up the inner coast of Golfo Dulce to spend time in the calm, secure embayment. One of my other favorite sightings was a clan of manta rays traveling together. Their “wingtips” flapped above the surface as we approached, but the black beauties splashed away as we came abeam their procession.

Sometimes we snorkeled to observe the coral reef residents. And sometimes, when the heat threatened to bake us alive we simply splashed around in the deepest water to cool off. In the darkness of night we documented crocodiles, like this yellow-eyed youngster hiding among the mangrove roots. 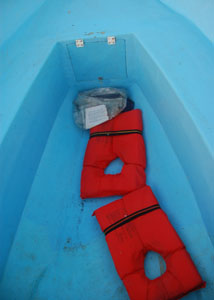 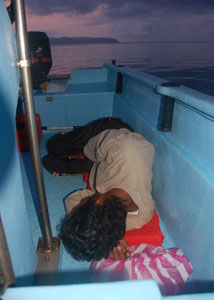 After night surveys we slept on the boat. Splitting the life-vests, two each for makeshift mattresses, I curled in the front hull and Jorge took the back. It was damp and chilly but, exhausted by the late hour of work, I always slept surprisingly well. One pre-dawn morning I snuck this photo of Jorge still asleep, his plastic bag “pillow” abandoned for a for a solid forearm. Endurance of these awkward sleeping conditions was by choice—we both loved the adventure of it! Besides, there are few greater pleasures than being rocked to slumber by gentle swells under a rotation of flickering stars. Another morning, after waking to the roar of Howler monkeys in the bay near Mogos, we discovered a four meter (~13 ft) tiger shark basking in the delicate sunrise. One of only two sharks we saw. A relic. The gulf, once home to many sharks, faces the same shocking declines seen worldwide as most shark species become increasingly endangered. And for what? SOUP! The fact is, millions of sharks are gruesomely slaughtered each year for shark fin soup. 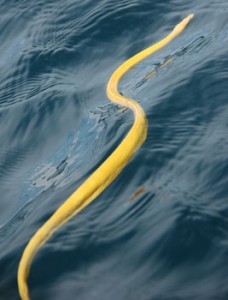 Over the weeks we recorded a remarkable number of dolphins and sea turtles. And I managed to photograph those yellow sea snakes I told you about. Aren’t they an extraordinary color? Indeed, the wildlife experience of this marine study was absolutely mind-blowing!

Our last day on the water was Wednesday, February 24th followed by a triumphant dinner at Mike’s. The next afternoon Jorge and I set out to thank some people. We talked with fishermen and tour boat operators, neighbors and friends. We shared hugs of congratulations and farewell.

With only one day left, I barely managed to clean, hang-dry, and pack all the equipment before my 8-hour bus ride to San Jose on Saturday. That morning it rained like crazy. Jorge, dear friend, came to help transport my gear to the bus stop. On a whim, we stopped at the beach and collected two small vials of sand—precious mementos of Golfo Dulce. Shortly after, I hugged Jorge goodbye, squeezing with gratitude long enough to make him a little uncomfortable. Then I rode away from Puerto Jimenez in the dark. 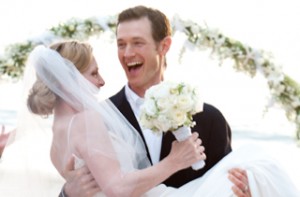 I flew home from Costa Rica on February 28th and only a day later was back doing school visits. Then Kevin and I dashed off to Mexico  where we cheered the matrimonial kiss of Mr. and Mrs. Morris, beloved Pacific Ocean in the background. Warmest wishes to our cherished friends!

Now finally settled home in Arizona, Costa Rica is miles away; yet Golfo Dulce refuses to be forgotten and my project is far from over.

Jorge and I collected some really incredible data  and I’m excited to analyze everything and write my official report, which FOO will also translate into Spanish. I have oodles of photos and notes to sort through and I haven’t even looked at my video yet.

Hey, that’s an idea… I can show you some Humpback whale video next time, a different group than the photos above. I think you’ll like it—one rambunctious youngster really made a splash. 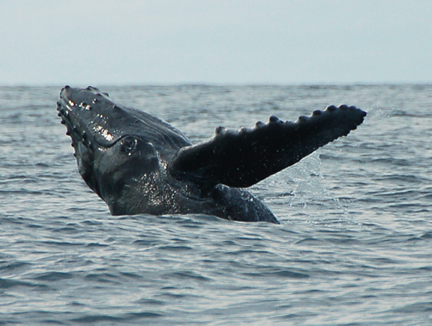 Until then, Go confidently in the direction of your dreams. Live the life you have imagined.  -Henry David Thoreau